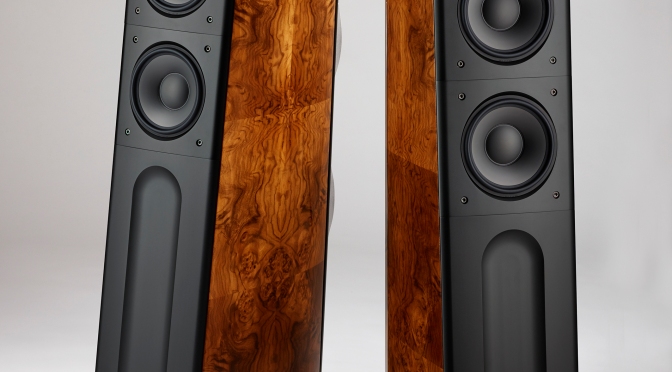 While most loudspeaker designers favour the classic dome tweeter, the world-renowned Danish brand Raidho was pretty much founded on its famous pseudo-ribbon tweeter. The performance of this new invention was spectacular but initially posed a challenge: it was too far ahead of the game and so responsive and dynamic that integration with conventional dynamic midrange and mass drivers proved tricky. So Raidho re-invented those too. In the brand’s D series, the re-invention takes a further leap forward with the addition of pure diamond.

As you might expect from a technological innovator such as Raidho, the addition of diamonds has nothing to do with aesthetics and everything to do with performance. That said, the aesthetics are nonetheless impressive. The D-2.1 “looks and feels beautifully constructed and the quality of the finish is superlative… the whole object has a sense of solidity about it that its lovely, sylph-like proportions disguise,” enthuses reviewer David Price – “stylish enough to be found in the world’s luxury riverside apartments or grand houses.”

Of course it sports Raidho’s legendary ribbon tweeter “which has many advantages over conventional dome high frequency units, primarily speed… In my view the ‘Raidho sound’ is defined by this tweeter and the benefits it confers.”

So how do Raidho ensure a seamless match with the other drivers? Designer Michael Borrenson says that “95% of all the energy from a speaker of this type comes from the midrange, so the transition [from the higher frequencies] has to be well managed and the midband driver has to share as many properties of the tweeter as possible.” In the Raidho ‘D’ series, this is where the diamonds come in. The mid-bass driver features a diamond coating (approx. 1.5 carats of pure diamond per cone) which makes it “140 times stiffer than the Ceramix cones of the C series, offering an improved transient response and lower distortion.” The bass driver is equally diamond-coated, and is vented via rear-facing ports.

The resulting performance is “smooth to the point of being laid-back,” notes Price. “Transients are blisteringly quick, urging the music along with pace and fantastic definition… the sound zings around the room faster than a bullet.” “The midband really does have great clarity,” while “the bass proved highly propulsive and integrated very well with the mid and treble.” “The expansive soundstage doesn’t push out at you, rather it hangs back to let the listener delve deep inside…. the more you listen, the more there is to hear.” For example, “vocals had a purity that could seem spookily realistic.” 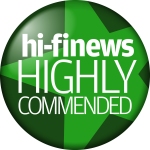 “This is a distinctive sounding speaker,” concludes Price. “It’s emphatically not bland, but brings its own distinct qualities to the great pantheon of high-end speakers.” “A highly enjoyable and sophisticated sounding floorstander, with its own unique character.” 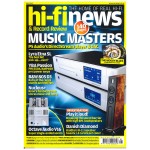