“The Fosgate Signature headphone amplifier is one of the very best-sounding amps I’ve ever used,” wrote Steve Guttenberg in his CNET.com review. Already firmly established in its native USA, the Fosgate Signature is now available in the UK and will be demonstrated at this weekend’s Headroom show in London.

World-class audio engineer Jim Fosgate is the vision and expertise behind the Fosgate brand and the designer of the Signature headphone amplifier. Something of a legend in his homeland, Fosgate is reputed to have pioneered high-power in-car audio systems, earned some 18 patents for audio-related inventions and in 2003 won an Emmy award for ‘Development of Surround Sound for Television’.

As you might expect, one or two of his patented technologies feature in the Signature headphone amp. While branded as a tube (valve) amp, the Signature is actually a hybrid design that combines both valve and solid state electronics. This, along with its unique and patented circuit topologies, aims to elevate the headphone listening experience on a number of levels…. 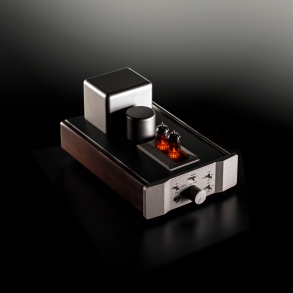