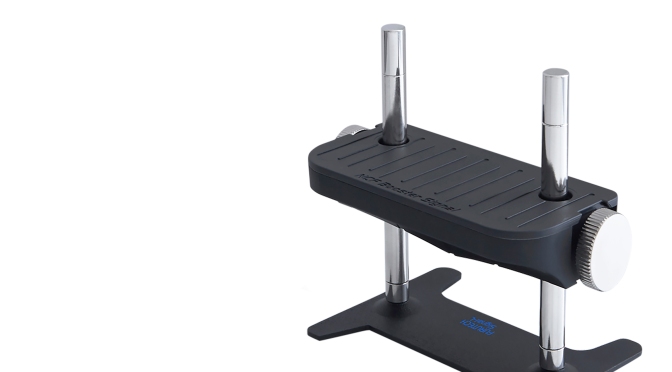 Following the considerable success of Furutech’s remarkable NCF Booster and Booster-Signal cable and connector holders, the company has introduced a third edition to the range: the new NCF Booster-Signal-L.

Since its launch in 2017, Furutech’s NCF Booster series of cable and connector holders have received rave reviews from press and customers alike, for the marked and utterly consistent difference they can make to the performance of an audio system. Furutech describes the series as “not a sound enhancer, but a sound revealer” – a subtle but important distinction.

The company has spent decades investigating the hows and whys of what they call ‘pure transmission’ – how to transmit a delicate audio signal from A to B in its most unadulterated form, neither adding anything nor taking anything away. With the NCF Booster series, they tackle the issue on a whole different level by addressing the interaction between cables and connectors and their immediate environment.

The series takes the relatively common idea of cable support significantly further. Not only do the NCF Boosters lift audio cables off the floor and enable optimum alignment between connectors and sockets, they also provide damping for both cables and connectors. That damping is specifically designed to reduce environmental interference, thus enabling a more pure and clear signal.

“These are not ‘magic’ crystals,” Furutech emphasizes. “There is nothing mysterious about the way they work – quite simply, they improve audio performance in a very specific and measurable way.”

In practice, much will depend on your particular system, its individual components, your specific cables and connectors, and your flooring materials (in the latter case think radiated resonance and floating static fields on synthetic materials). The most striking results can be achieved through practical experimentation. Consider the NCF Booster, Booster-Signal and Booster-Signal-L as a trio of tuning devices. Multiple units of each placed at various points along cables will deliver clear results and the more units placed, the more changes will be heard in playback. Hitting the real ‘sweet spot’ is all about discovering the various units’ optimum placement. Electrical and mechanical resonance can be focused at certain points (connectors, points where cables contact flooring or racks, points where cables are under stress – tight bends, sagging cables, etc). Placement of NCF Booster units at such key points will tend to deliver optimal results.

If you’re expecting the difference the trio will make to a system’s sound to be subtle, prepare to be surprised.