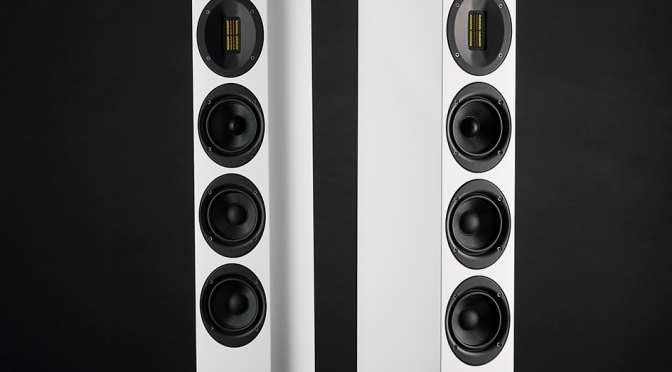 PRESS RELEASE: Scansonic HD’s M-Series of loudspeakers has been updated with three new models which are now available in the UK: the compact standmount M-10 and floorstanders M-20 and M-40. The trio is ‘must audition’ for budget-conscious music lovers who covet the superb sound of sister brands Raidho and Gamut, which share the same designer.

Scansonic HD’s M-Series was originally created by Michael Børresen, the first designer of the renowned Raidho range. The series offered much of the coveted Raidho DNA and pedigree but at a fraction of the cost, delivering a superb marriage of performance and affordability. In 2018, award-winning brand Gamut joined the Raidho / Scansonic family, a move in which Gamut’s Benno Baun Meldgaard was appointed chief designer, with a brief to work collaboratively across all three brands. Since the move, Meldgaard has been applying his considerable vision and expertise to a number of key product ranges, including Scansonic’s M-Series.

Meldgaard’s three new models are more advanced versions of, and now replace, the previous M-5, M-6 and M-9 in the series. The M-10, which is a compact two-way mini-monitor, and the M-20 and M-40, both 2.5-way floorstanders, all feature the same high-resolution ribbon tweeter found in the Scansonic’s higher priced MB-Series. The tweeter, favoured for its musicality and frequency response, blends seamlessly with new, improved bass and midrange drivers that feature an advanced 4-inch honeycomb-enforced glass-fibre cone design, combined with a powerful magnet system.

The ribbon tweeter delivers an extremely fast, vivid and wide frequency response, allowing for an exceptionally open and detailed sound at the top end. Now this is married with an even more agile, open and three-dimensional midrange, along with a cleaner, faster and more deeply visceral bass with greater punch and attack.

All of Scansonic’s slim, home-friendly M-Series models are available in satin black or satin white, and are supplied with a removable, protective front-grill and adjustable feet.